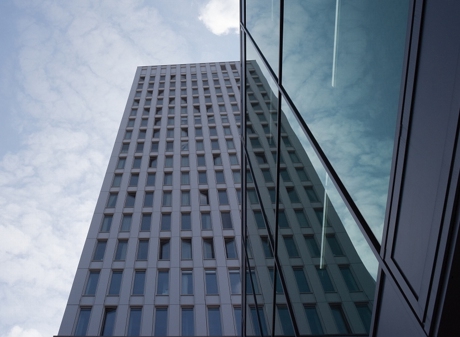 The Berlin Museum of Medical History at Charité is scheduled to undergo modernization. Starting in 2020, the museum, which was first opened in 1899, is set to undergo an extensive program of renovation and refurbishment to render it ‘fit for the future’. As the construction plans affect all seven levels, the museum will need to be closed during refurbishment. The museum is likely to remain closed from February 2020 until spring 2022.

Refurbishment plans include the creation of a spacious new entrance area. This will include a multifunctional room for museum education and a demonstration laboratory. Giving the building a more open aspect will be a large forecourt and a new facade featuring large glass segments, or ‘display cases’. Climate control will be improved on all levels. New rooms will be added, which will be suitable for special exhibitions and the display of new items from the museum’s collections. The museum will also be given new stores to promote teaching and research, and to support projects which involve work on or with exhibits.

A major remodeling of the building which formerly housed the emergency care, surgical and intensive care units will create an Outpatient, Translation and Innovation Center (ATIZ) for use by Charité and the Berlin Institute of Health (BIH). The former emergency department will be removed, and the existing building stripped to its frame. Two internal courtyards will be added to improve natural lighting. The former ‘technology floor’ will be converted into usable floor space. An additional level will be added via a stepped roof top design.

Boasting a total floor space of 15,000 m2 (161460 ft2), the building will offer dedicated areas for research, outpatient services and treatment delivery, as well as administrative offices and rooms for events and exhibitions. A physical link with the main hospital building on Campus Charité Mitte will create optimal conditions for clinical research. The project is projected to cost approximately €75.5 million.

In November 2016, the contractors in charge of renovation and refurbishment handed Charité the keys to the fully modernized ‘Bettenhochhaus’ ward building. First opened in 1982, the building was completely restructured and refurbished in less than three years. It also received a new facade to enhance its energy efficiency. The new ‘Bettenhaus’ Ward Building makes Charité one the most modern university hospitals in Europe. Completed on time and on budget, the renovation and refurbishment of this architectural landmark on Charité’s historic campus was the largest building project since Charité’s merger with the Benjamin Franklin University Hospital.

Starting in January 2014, the project involved the complete restructuring and refurbishment of the existing ward building and the construction of a new building to house surgical, intensive care and emergency medicine facilities. The formal handover of the new Emergency Medicine Center (Charité Notfallzentrum - Rudolf-Nissen-Haus), took place on 16 September 2016. The Main Emergency Department was able to welcome its first patients in October 2016. The transfer of wards into the newly-refurbished ‘Bettenhaus’ ward building started in December of the same year.

The construction project also included plans for a walkway between the main ward building and the rest of Charité's historical campus. This walkway was completed in October 2015. Costs for the project totaled €202.5 million. The newbuild and ‘Bettenhaus’ ward building combined provide a total of approximately 620 beds.

Even prior to the official handover of the ‘Bettenhaus’ ward building, Charité received the keys to the newbuild which now houses operating rooms, intensive care units and the Main Emergency Department. The handover coincided with the building receiving its official name of ‘Charité Notfallzentrum Mitte – Rudolf-Nissen-Haus’ (Charité Emergency Medicine Center). Once all equipment had been installed, the building was officially opened to the public in October 2016.

Charité's Master Plan also included the construction of a five-story cuboid building with a central atrium to be situated east of the ‘Bettenhaus’ ward building. Boasting approximately 8,000 m2 (86,000ft2) of floor space, this building is divided into three large areas: surgical facilities, which include 15 state-of-the-art operating theaters (two of which are hybrid operating rooms equipped with imaging devices); intensive care facilities with 71 beds; and the new Main Emergency Department (on Philippstraße). The top floor houses a recovery room and the central surgical unit’s intermediate care unit, which is lit by skylights. The operating rooms are arranged in such a way as to ensure they receive indirect daylight, thus improving conditions for both patients and staff.

The ‘Bettenhochhaus’ ward building was completely vacated to ensure all renovation and refurbishment work would be completed as quickly as possible. The Charité Campus-Klinik (CCK) building was erected to ensure Charité would be able to continue operating as normal for the duration of this work. Construction on the four-story building, which is situated on Charité’s historical campus in Berlin-Mitte, commenced in the spring of 2013. A high-quality modular building consisting of approximately 150 prefabricated modules, CCK offers comfortable patient rooms and a total of 339 beds.

CharitéCrossOver (CCO) – A Research and Teaching Center for the Medical Faculty

A new research and teaching center for Charité’s Medical Faculty, the ‘CharitéCrossOver’ building occupies a site rich in history and tradition between the Children’s Hospital and the Max Planck Institute for Infection Biology. In addition to the Faculty’s most important scientific disciplines, the modern building also houses the NeuroCure Cluster of Excellence and teaching departments (in particular the natural and life sciences disciplines represented in the medical curriculum).

CharitéCrossOver was the first of many Charité Master Plan projects. Demolition work on the old building commenced in late May 2009, followed by the start of excavation work in March 2010. The topping out ceremony was held in May 2011, and the completed building was opened on time and on schedule just before the start of the winter semester 2012/2013.