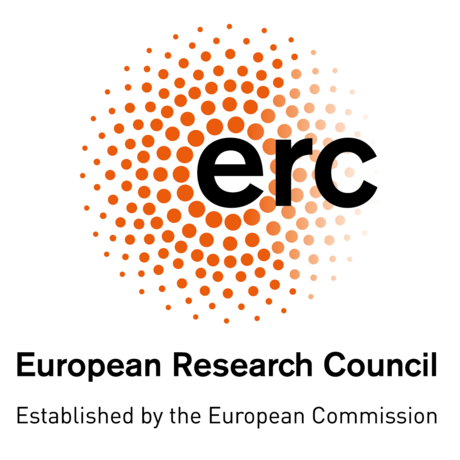 Funding for projects in the fields of human genetics and immunology

How does the innate immune system respond in the presence of greatly increased nutritional needs during pregnancy and lactation? How does natural killer cell memory work? Which gene regulatory mechanisms were involved in the evolutionary development of mammalian wings? Over the next five years, these questions will be addressed by researchers from Charité – Universitätsmedizin Berlin, who have succeeded in convincing the European Commission’s selection committee of the value of their research proposals. Advanced Grants are one of the most generous European funding schemes available. Each project has been awarded approximately € 2.5 million in funding.

An integral part of research is the pursuit of groundbreaking ideas which carry a high level of uncertainty. The European Research Council’s (ERC) Advanced Grant funding scheme aims to support outstanding researchers with an established track record who wish to explore truly novel and highly promising areas of research within their fields of expertise. The scientific excellence of the researcher and their project is the sole criterion of evaluation.

Healthy life depends on successful, need-based adaptation to a constantly changing environment. Our understanding of the molecular basis of these processes remains fragmented and incomplete. The absorption of nutrients from inside the gut, for instance, is a key process which affects all areas and aspects of our body’s physiology and is subject to complex regulatory mechanisms. Faulty regulatory mechanisms result in deficiency syndromes or metabolic disorders such as obesity and diabetes. Prof. Diefenbach and his team at Charité and the German Rheumatism Research Center Berlin (DRFZ) have been able to show that innate lymphoid cells (ILCs) play an important regulatory role in nutrient absorption via intestinal epithelial cells (cells lining the internal intestinal walls). ILCs act as sensors during periods of altered nutritional demands and respond to changes in the intake of nutrients. By releasing messenger substances in a targeted manner, they alter intestinal epithelial function in order to adjust the level of nutrient intake. The ERC-funded project ILCADAPT will study the role of ILCs under exceptional circumstances, namely increased nutritional demands during pregnancy and breastfeeding. Both physiological conditions are associated with a significant increase in metabolic needs. The aim of the project is to understand the molecular networks which lymphocytes of the innate immune system use to regulate nutrient utilization by controlling programs regulating epithelial cells and hormone-producing cells within the epithelium. The project’s long-term aim is to identify fundamental regulatory mechanisms and to exploit their potential as treatment targets in patients with metabolic disorders.

Prof. Dr. Stefan Mundlos, Director of the Institute of Medical and Human Genetics and Research Group Leader at the Max Planck Institute for Molecular Genetics (MPIMG), examines the causes of genetic diseases and investigates how information is stored in our genome and how it is passed on. He also studies congenital skeletal malformations and rare bone disorders. Prof. Mundlos’ primary research focus is on understanding the way in which mechanisms of gene regulation control normal human development and how, in certain instances, these can result in disease and malformations. Using novel genome editing technologies, the human geneticist studies the way in which non-coding genome sections affect gene regulation during embryonic development. Another research focus is the study of evolutionary adaptations using comparative genomics.

What determines an organism’s external form? How is this process regulated by non-coding elements of the organism’s DNA? It has been a long time since Prof. Mundlos started asking himself these questions. It is well known that gene regulation plays a key role in determining an organism’s phenotype, its observable characteristics. However, the precise effects of regulatory sequences (sections of DNA which are involved in transcription but not themselves transcribed) remain unknown. Regulatory sequences, which make up a large part of our non-coding DNA, do not contain blueprints for proteins. Rather, they are regulators of gene expression, determining if and when a gene is transcribed and how much protein is subsequently made. What remains to be understood is how these ‘enhancers’, ‘promoters’ and other regulatory components work together to control and fine-tune gene expression. While enhancer sequences can be located at a great distance from their target gene, promoter regions are located immediately adjacent to the gene site. These are complemented by ‘epigenetic regulators’, factors which chemically modify the way in which DNA is ‘packaged’, blocking transcription without changing the DNA sequence itself. Prof. Mundlos and his team have already shown how specific diseases can be caused by changes to non-coding DNA sections. This is because altered DNA sequences can result in changes to the genome’s three-dimensional structure. If, for instance, one of the DNA strands inside the nucleus fails to fold into the correct shape, this can result in an abnormal regulation of gene activity.

Identifying the sequence code responsible for gene expression, and therefore phenotype, remains one of the major challenges. The GenRevo project will see Prof. Mundlos study the genomics of an extreme example of evolutionary adaptation: the development of wings in bats. The aim is to discover how regulatory sequences determine and modify the morphology and function of the flying mammal’s front limbs (its wings). Working alongside a team of researchers at Charité and the Max Planck Institute for Molecular Genetics, the human geneticist aims to identify the non-coding regulatory sequences responsible for controlling this extraordinary example of evolutionary adaptation. The comparator organism in this research will be the mouse, whose front and hind limbs are relatively similar in structure. As these regulatory elements are relatively large, the researchers plan to use synthetic biotechnology to create and test synthetic genome sections. Subsequent analyses will show which genetic switches are needed in order to develop wings rather than paws and how they work together to achieve this. In addition to helping answer fundamental questions, this newly developed technology will make it significantly easier to conduct functional analyses of mammalian genomes. The technology could also enable the study of non-coding DNA sections which are involved in normal body development or the development of genetic diseases.

Another Charité researcher being recognized with an ERC Advanced Grant is Prof. Dr. Chiara Romagnani. The project will be hosted at the German Rheumatism Research Center Berlin (DRFZ), where the immunologist leads a joint research group. Prof. Romagnani has dedicated her entire research career to the study of the innate immune system. Her research findings have shown that also cells of the innate immune system, namely Natural Killer (NK) cells, have the ability to expand clonally in response to viral infections and to be maintained long term in humans, properties considered exclusive of adaptive memory cells. Now in her project MEM-CLONK 'Imprinting and clonality of human NK cell memory' she will study the molecular mechanisms driving epigenetic remodelling, clonal selection and maintenance of memory NK cells and will employ this knowledge to harness anti-viral and anti-tumor adoptive therapies.

ERC Advanced Grants
The Advanced Grants funding scheme is one of five research funding programs offered by the European Research Council (ERC). It is aimed at supporting researchers who are already established research leaders with more than ten years of experience, and whose outstanding, investigator-initiated research projects have earned them a prominent position within their field. Advanced Grants usually total approximately € 2.5 million over a period of five years, but can also be higher (up to € 3.5 million).

The European Research Council
Established by the European Union in 2007, the European Research Council (ERC) is the first European funding body dedicated to the promotion of outstanding research. Every year, the ERC selects and supports the best and most creative researchers, irrespective of age and nationality. Grants are aimed at promoting EU-based research projects. The ERC offers four separate funding streams: Starting Grants, Consolidator Grants, Advanced Grants and Synergy Grants. The Proof of Concept grant program provides additional funding for researchers wishing to bridge the gap between frontier research and the early stage of commercialization or utilization.