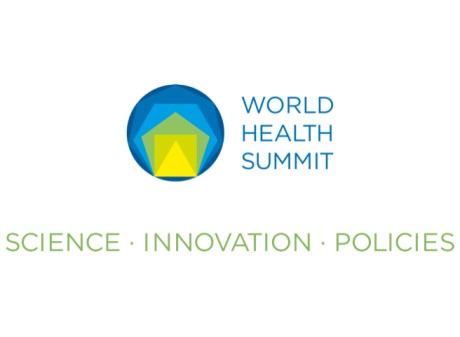 On 1 January 2021, the World Health Summit, one of the world’s leading conferences on global health, gained a new president: Prof. Dr. Axel Radlach Pries, Dean and Member of the Executive Board of Charité – Universitätsmedizin Berlin. He succeeds Prof. Dr. Detlev Ganten who, as Charité’s erstwhile Chief Executive Officer, founded the World Health Summit in 2009 on the occasion of Charité’s 300th anniversary.

The World Health Summit is one of Charité’s most successful initiatives. “The conference’s outstanding content not only enhances the international reach and reputation of Berlin’s academic medicine sector, it also holds enormous significance for the field of global health, an area where Germany is growing its role and relevance,” says Prof. Pries. He adds: “We are proud to be able to call it one of the largest health conferences in the world.” The Dean is pleased that the World Health Summit increases Charité’s international visibility, highlighting a long tradition of research in the field of global health: “I therefore look forward to my responsibilities as President of this international forum for global health. Prof. Ganten will continue to support the WHS in an advisory capacity. I am grateful for his visionary leadership and commitment, for which I would like to thank him on behalf of Charité.”

A physician and physiologist, Prof. Dr. Axel Radlach Pries headed Charité’s Institute of Physiology before being appointed to the position of Dean in 2015. Originally from Cologne, Prof. Pries was employed as Professor of Physiology at Freie Universität Berlin and Senior Physician for Anesthesiology at the German Heart Center Berlin before moving to Charité. As the Dean of Charité, Prof. Pries has had a major role in transforming teaching and learning, including in the implementation of the New Revised Medical Curriculum (Modellstudiengang Medizin) and the introduction of new degree options, such as in Public Health.

Dr. Jörg Heldmann is Managing Director of WHS Foundation GmbH and therefore of the World Health Summit: “In many respects, the World Health Summit has played a pioneering role in promoting and shaping the subject of global health in Germany. Part of the high level of trust our partners place in us, however, is thanks to the authenticity of both Charité and the M8 Alliance with their combined focus on patient care, research and teaching in the interest of public health. The transfer of the presidency to Axel R. Pries will reinforce this, linking large numbers of global health-relevant activities in a synergistic manner.”

Every year, the World Health Summit in Berlin attracts approximately 300 speakers and 2,500 delegates from around 100 countries. The event’s 50 sessions cover a range of topics, including strategies for improving global disease prevention and health care, digitalization, climate change and health, and the UN’s Sustainable Development Goals (SDGs). Due to the COVID-19 pandemic, the World Health Summit 2020 was held as a purely digital event, which attracted close to 6,000 live stream participants. The pandemic was also the focus of the conference’s opening speech, which was delivered by the President of the Federal Republic of Germany, Frank-Walter Steinmeier.