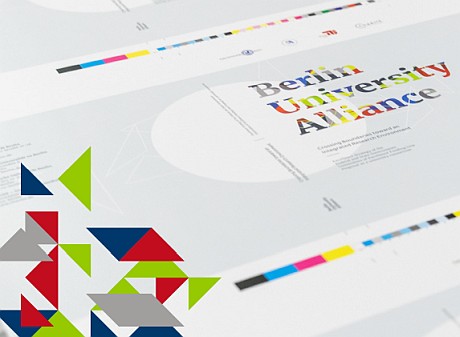 The Berlin University Alliance and Charité Clusters of Excellence

The aim of the German ‘Excellence Strategy’ is to further strengthen cutting-edge research in Germany. Introduced and administered by the federal and state governments to promote outstanding research, the program provides funding to both individual institutions and collaborative research networks (known as Clusters of Excellence). In 2019, the competitive funding program led to permanent institutional funding being awarded to one University Consortium of Excellence - the Berlin University Alliance – as well as ten Universities of Excellence. ‘Berlin University Alliance’ is the name of a university consortium comprising Charité – Universitätsmedizin Berlin, Freie Universität Berlin, Humboldt-Universität zu Berlin and Technische Universität Berlin. In addition to the above, the consortium partners were also successful with their applications for a total of seven Clusters of Excellence, all of which came online in January 2019. The ‘Excellence Strategy’ funding program is administered by the federal and state governments and replaces its predecessor the ‘Excellence Initiative’. Thanks to its cutting-edge research, Charité has been successful in securing multiple funding streams via the Excellence Initiative funding program – with support going to both Clusters of Excellence and Graduate Schools.

Other Charité-based researchers – which include experts from the fields of medicine, biology, medical physics and biophysics – are involved in the Unifying Systems in Catalysis Cluster of Excellence (UniSysCat), which is being coordinated by Technische Universität Berlin. UniSysCat is a continuation of the UniCat Cluster of Excellence, which was developed and funded through the Excellence Initiative.

Since 2019, Charité has also been involved in the ‘Matters of Activity - Image Space Material’ Cluster of Excellence. This Cluster is being coordinated by Humboldt-Universität zu Berlin and is a continuation of the ‘Image Knowledge Gestaltung’ Cluster of Excellence, which was established in 2012.

Charité is also involved in the ‘Languages of Emotion’ Cluster of Excellence. The Cluster, which is based at Freie Universität Berlin, received Excellence Initiative funding between 2008 and 2012.

Clusters of Excellence led by Charité

NeuroCure has received funding support since 2007, initially through the Excellence Initiative and, since January 2019, through the federal and state governments’ new Excellence Strategy. This Cluster brings together experts and expertise from across the field of neuroscience. As an interdisciplinary research collaboration involving both university- and non-university-based partners, NeuroCure helps transfer findings from basic science to clinical research (clinical trials) and, thus, contributes to the development of new diagnostic and treatment options. NeuroCure projects cover the entire life span – from embryonic development to aging. The NeuroCure Clinical Research Center (NCRC) provides the structural framework for clinical trials and enables patient access to new diagnostic and treatment options.

Unifying Systems in Catalysis (UniSysCat) is the only natural sciences Cluster in receipt of funding through the federal and state governments’ Excellence Strategy funding since the start of 2019. UniSysCat comprises more than 210 researchers from across Berlin and Potsdam. Their focus is on working with chemical and/or biological catalysts at the molecular level to decipher and develop coupled catalytic reaction networks. The aim is parallel reaction steps that will run as efficiently inside a reactor as they do inside the living organism. One of the Cluster's main areas of research focus will be ‘green chemistry’, which includes optimizing the production of hydrogen fuel from water and visible light (Funding period: 01/2019 – 12/2025). UniSysCat is a continuation of the Unifying Concepts in Catalysis (UniCat) Cluster of Excellence, which was developed and funded through the Excellence Initiative between 2012 and 2018.


Matters of Activity Cluster of Excellence

The Matters of Activity Cluster aims to create the foundations for a new material culture. The project's central vision is to develop images, spaces and materials as active structures of a new symbolic and physical reality in which nature and culture can intertwine in new ways. Showcase projects will see representatives of more than 40 different disciplines study design strategies for materials and structures which will adapt to specific requirements and the environment in order to enable energy-efficient and sustainable artefacts and technologies (Funding period: 01/2019 – 12/2025).

Graduate Schools established via the Excellence Initiative provide training for outstanding doctoral students and benefit from the superior research environments offered at Charité. Two of the areas of research focus which received funding via the Excellence Initiative were oncology (BSIO) and regenerative medicine (BSRT). Charité was furthermore involved in the 'Berlin School of Mind and Brain', a graduate institution of Humboldt-Universität zu Berlin. Due to their success, all three projects were made permanent in 2019.

Aimed at outstanding young researchers, the BSRT Graduate School is an integral part of Charité, offering an internationally-competitive doctoral program with interdisciplinary research and training opportunities in the field of regenerative medicine.  The BSRT's work is centered around the development of treatments for disorders of the immune, musculoskeletal, and cardiovascular systems for which treatment options remain inadequate. In addition to striving to gain new insights into the body's ability to heal itself, researchers are also focusing on finding ways to use this knowledge to develop new treatment and diagnostic procedures. The BSRT holds major benefits for graduates from the life sciences, materials science, and engineering. Aside from its globally-unique dedication to fostering collaborative research and its mentoring system, the school's inspirational network of institutions and researchers offers a truly stimulating environment.

The BSIO is an integrative, oncology-focused postgraduate program aimed at physicians and natural scientists wishing to train and work ‘hand in hand’ at the boundary between biomedical research and clinical application. Embedded in Berlin's outstanding oncology research environment and a large network of internationally renowned partner institutions, the BSIO promotes interdisciplinary and transdisciplinary alliances with the common goal of improving the diagnosis of cancer and developing innovative and personalized treatment concepts. The BSIO was established in 2012 and will be made permanent in 2019.

The Berlin School of Mind and Brain offers a two-year master's degree and a three-year doctoral degree. Both degree programs will open numerous career opportunities for outstanding young researchers. The M&B has an interdisciplinary outlook, with a clear focus on issues at the interface between the humanities, behavioral sciences and neuroscience. All training and research activities are conducted in English. The M&B Graduate School, an Excellence Project established by Humboldt-Universität zu Berlin in cooperation with Charité,was made permanent at the end of its Excellence Initiative funding period (Funding period: 11/2006 – 10/2011 and 11/2012 – 10/2017).