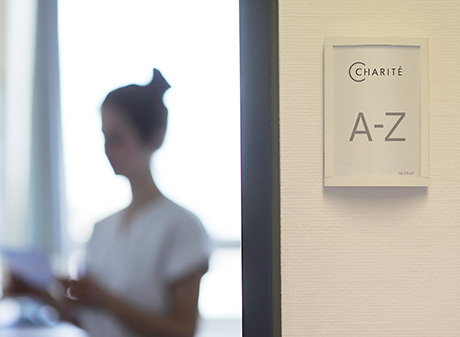 Patients and visitors will find useful information on staying at the hospital, including campus-specific information

All telephone numbers listed here comprise the direct dial number for Charité and the relevant extension number. For local calls to offices/staff on Campus Benjamin

For further information on making and receiving calls from your bedside, please refer to the information provided under TV & Telephones, or consult the information leaflets provided. You can also use public pay phones, which are available on all of the campuses.

Taxicabs can be booked at short notice and will arrive within a few minutes:

On Charité Campus Mitte, the taxicab stand is situated on Luisenstraße, near Robert-Koch-Platz; on Campus Virchow-Klinikum, near the exit on Seestraße. Alternatively, you may wish to use the taxi stand outside the German Heart Institute Berlin (DHZB), which is situated near the exit Augustenburger Platz.

For information on how to get to the various campuses, please refer to our campus-specific pages. Click on the desired campus to get information on travel and transport:

TV, radio, telephone – no problem. All you need is a pre-paid smart card (requires deposit), which can be purchased from a pay station. At the end of your stay the pay station will reimburse any unused credit remaining on your smart card.